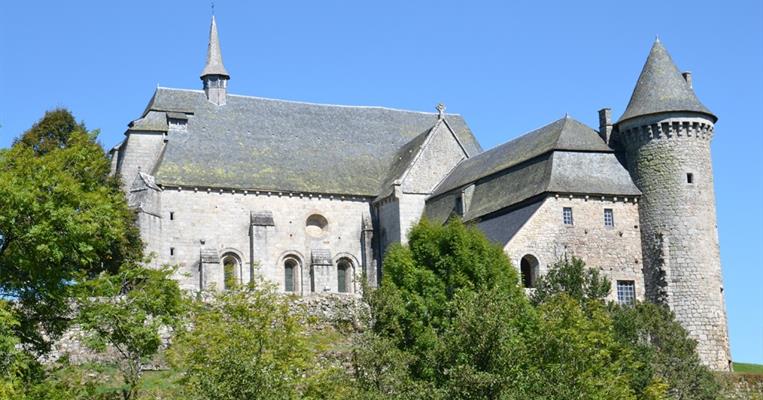 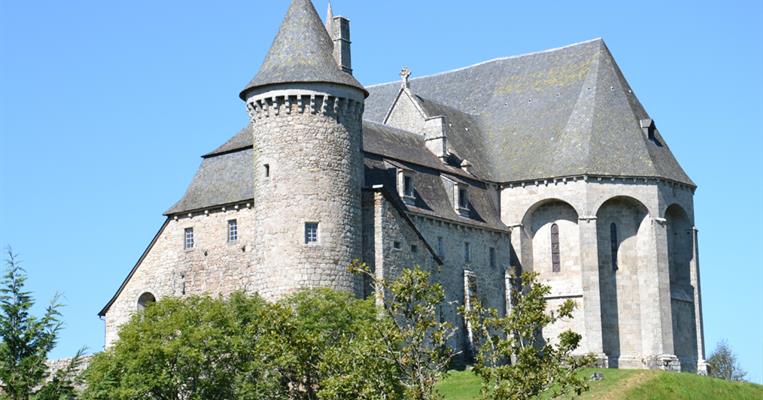 Access: By the highway A89, whatever is your sense of circulation : take the exit 23 ( Ussel-Ouest). In the round-about, take the second exit (direction Saint-Angel, Meymac, Tulle). In the village of Saint-Angel, after the post office, set to the left on the square of the City hall and park there. Take the street in coast behind the City hall to reach the priory.

Come to contemplate the History from a headland !

The priory of Saint-Michel-des-Anges is, actually, a strengthened church, as you could see it in the Middle Ages, and which exists for the VIIIth century. It was a part of a set of buildings, which included a castle and a "Benedictin" monastery dependent on the abbey of Charroux (Poitou). The harmony of the building was protected in spite of the mixture of the styles. The church was strongly reshaped in XVth and XVIth century. The facade, in three floors, possesses powerful foothills. The Gothic vaults are put on the Romanic walls and the choir ends by an apse cut in seven pieces.

Of the "Benedictin" monastery of saint Michel-des-Anges, who adjoined the church, does not remain more than the wing of the conventual building in the continuation of the transept. It shelters the chapter room and the former kitchens, used for temporary exhibitions during the summer.

The elements of this priory are of different periods: if the initial construction of the priory began in the VIIIth century, the abbey church is from XIth and XIIth centuries. As for the chapter room and for the round tower of the presbytery, they are dated the XIVth and XVth centuries.

The destructions and the plunders due to the "Hundred Years" War and to the religious wars pulled, in the middle of the XVIIth century, the restoration of the monastery by the Benedictines de Saint-Maur.

The access to the priory is free every day of the year, from 10 am till 7 pm. 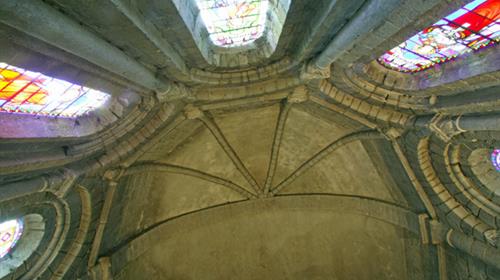 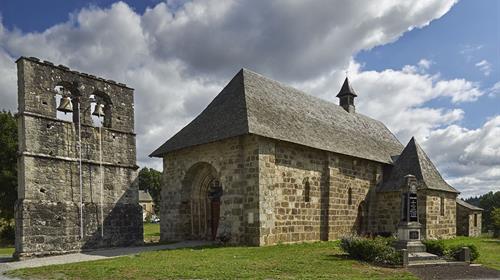 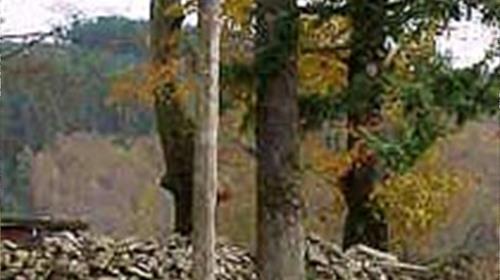 See all the religious buildings