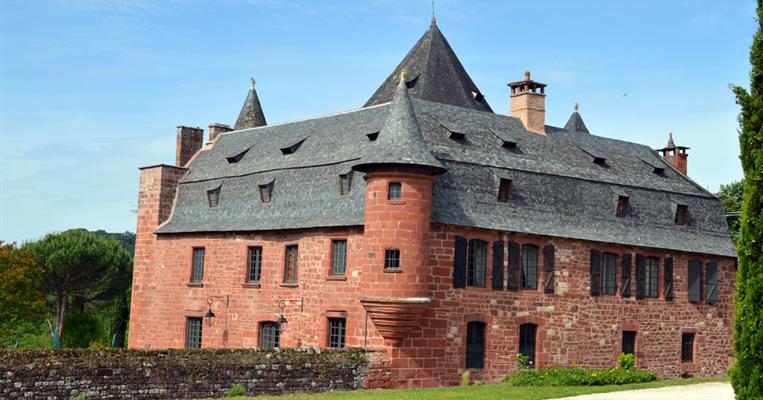 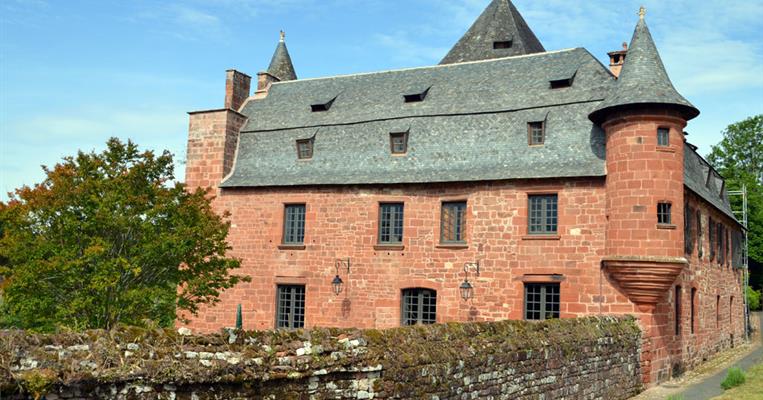 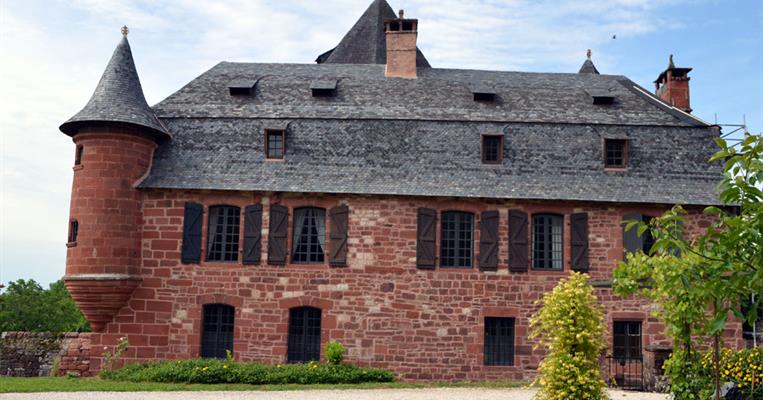 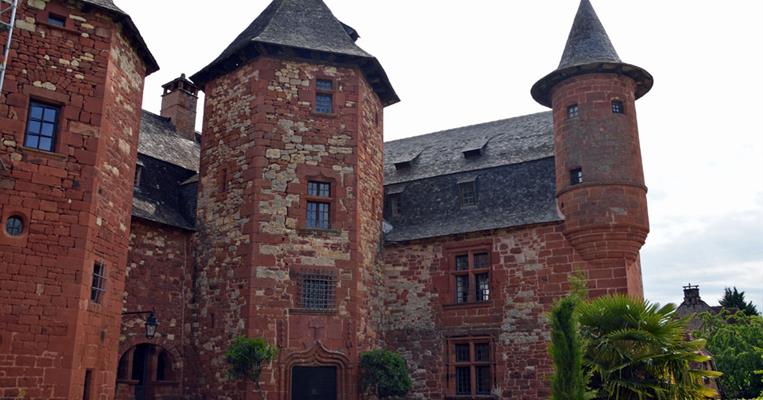 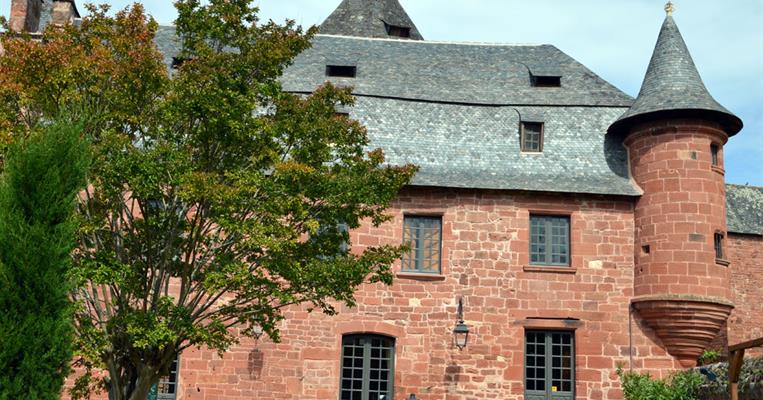 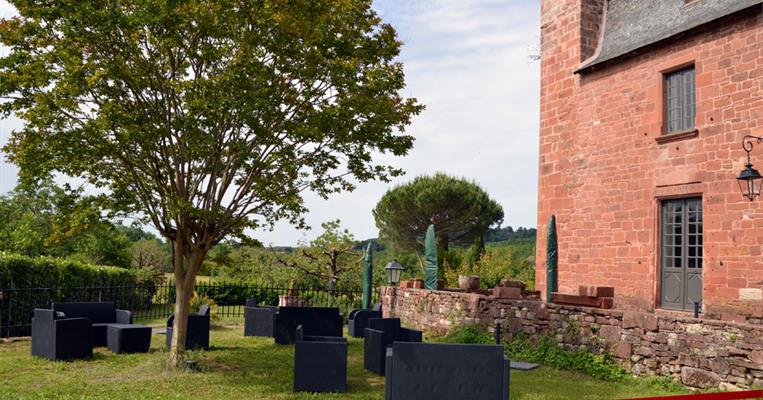 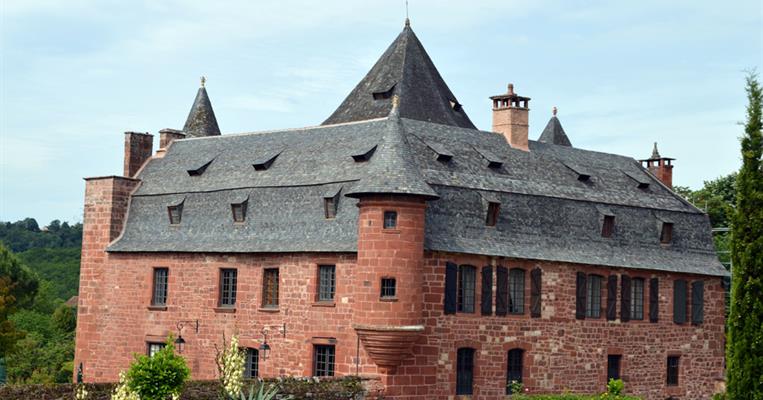 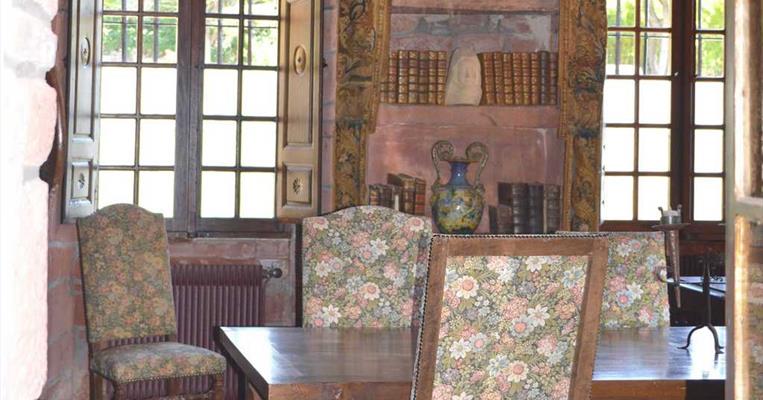 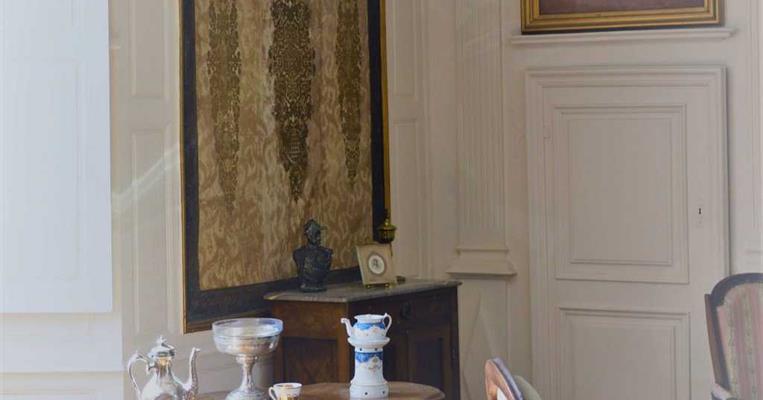 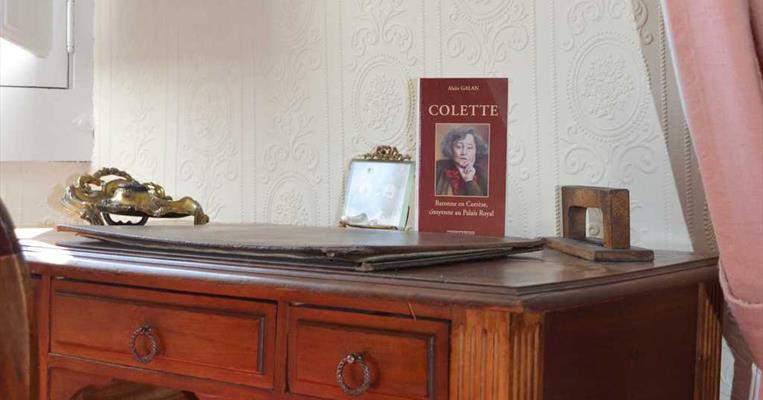 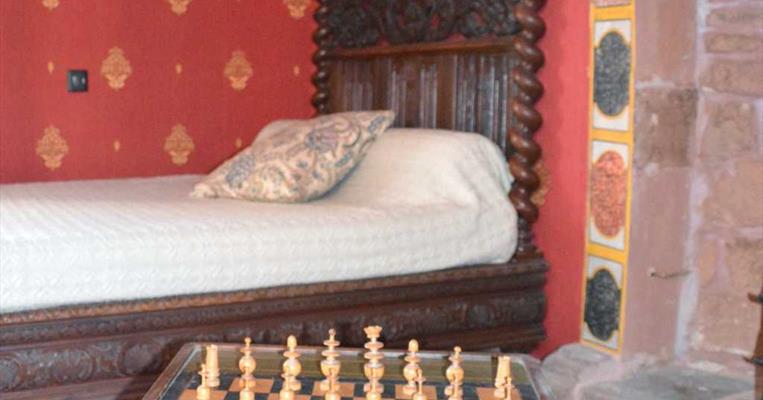 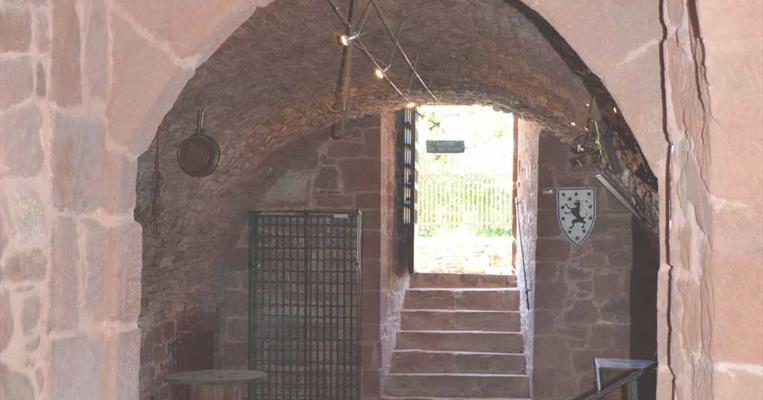 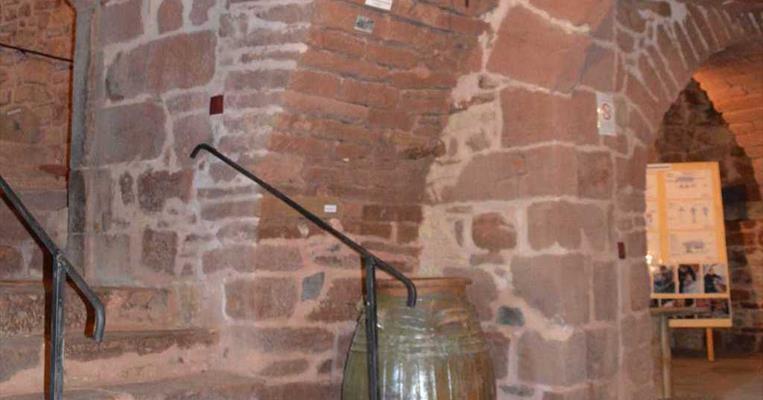 Worthy of a medieval tale, like a ruby, the Castel de Vassinhac, made of red sandstone, shines in the heart of the surrounding greenery. Built in the 16th century, the castle was the property of the Vassinhac family, lord of the city and captain governor of the Viscounty of Turenne. With its turrets, machicolations and loopholes, the castle reminds everyone of its defensive characteristics. It has just opened for the visit. You can discover the dining room paved in waxed red sandstone with its Louis XIII ceiling and its imposing fireplace, the Louis XVI lounges. In the red sandstone staircase tower that leads you to the first floor of the castle, two wall libraries contain about 350 volumes from the 18th century. You then discover a library where a door that could reach other rooms of the castle is hidden, the Louis XIII bedroom, the Louis XVI suite composed of a bedroom and an office. You take a spiral staircase to reach a first vaulted cellar where photographs of the castle as it was at its origin and restoration are on display. A film on Collonges la Rouge and the life of the castle is shown in another cellar. The visit then leads you to the park where you can discover calvaries, a carved cross and admire the castle with its different window shapes, its two imposing towers, Before leaving, stop at the castle's souvenir shop and on the terrace (free access) to have a snack and admire the cover of the restored "pepperbox" tower as the whole roof.

fortresses and castles Nearby 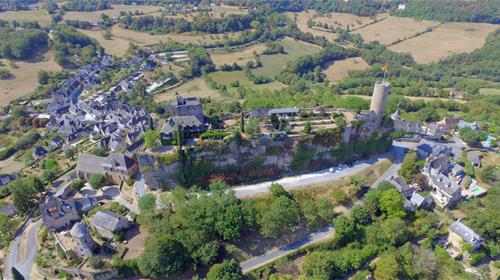 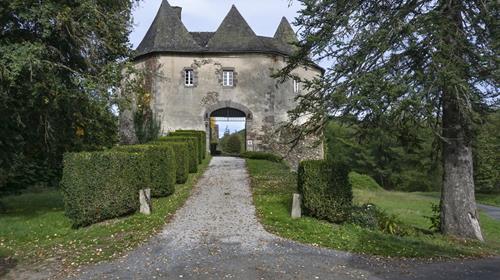 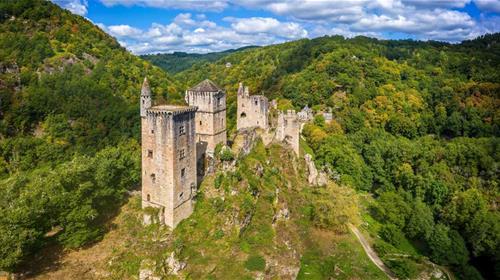 See all Fortresses and Castles in Correze