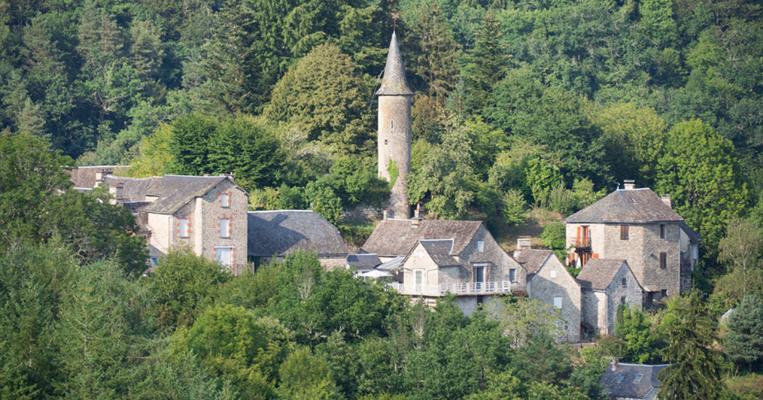 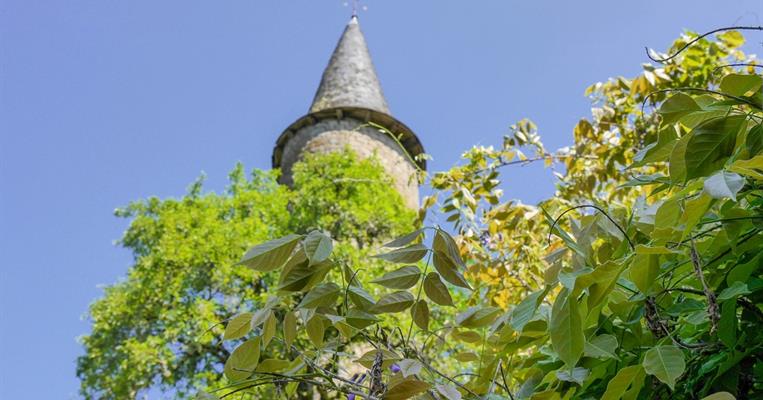 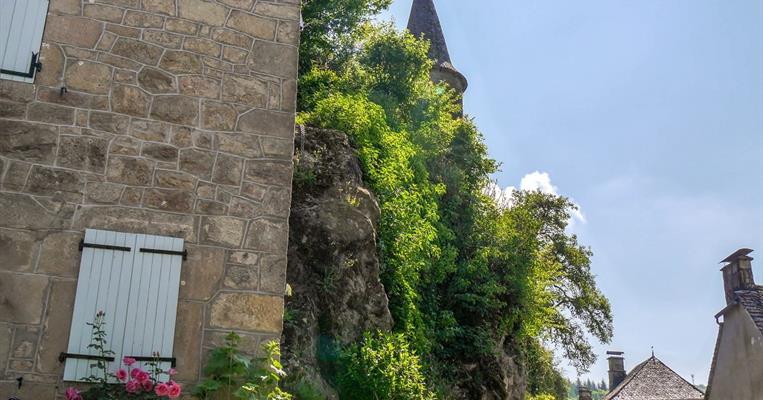 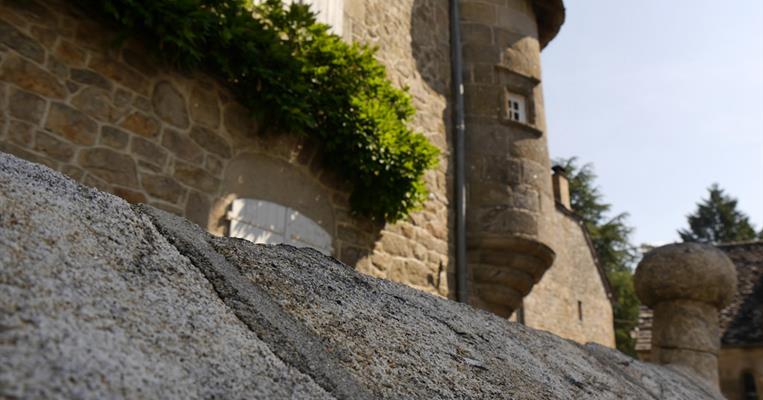 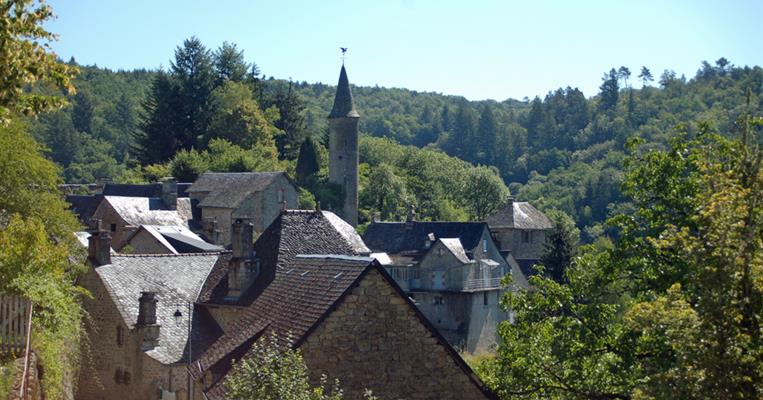 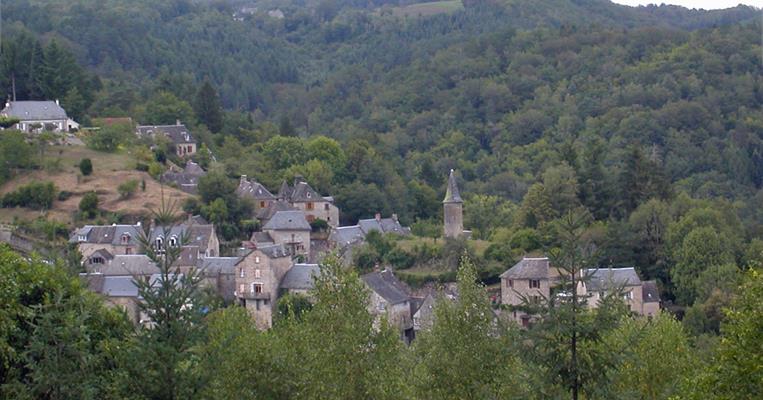 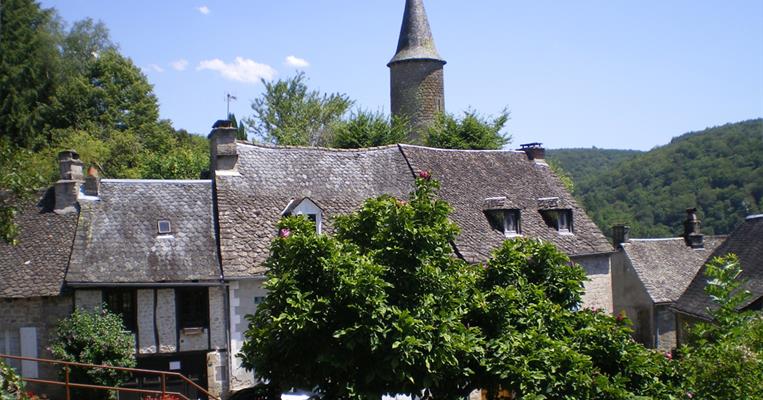 This little town surrounded by the meander of the River Doustre is divided into two parts: the Roche-Haute, built on the plateau, and the Roche Basse, nestling into the hillside 50m below. Founded in the 9C, the Roche-Basse is criss-crossed by narrow paths known as "courrijoux", which allow access to the terraced plots used for growing crops. 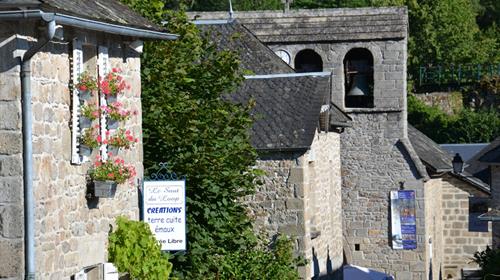 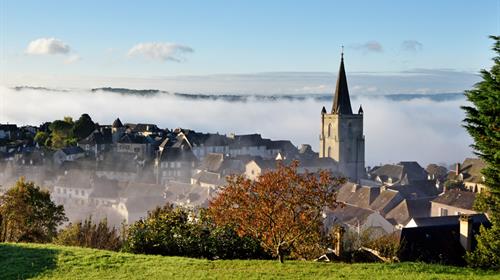 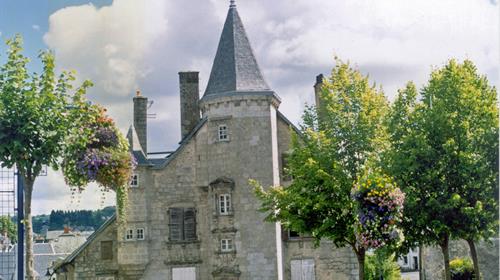